A German Shepherd dog has given birth to a record-breaking litter for the Guide Dogs charity.

The 16 cross-breed puppies are the largest litter the sight loss charity has had during a 60-year breeding programme, it says.

The number is said to be twice the average for a German Shepherd mum.

The puppies, now eight weeks old, were born at the Guide Dogs National Centre near Leamington Spa and will be trained after time in volunteer foster homes.

The puppies’ father, Trigger, a six-year-old golden retriever, is the charity’s most prolific stud dog, having fathered 239 babies. 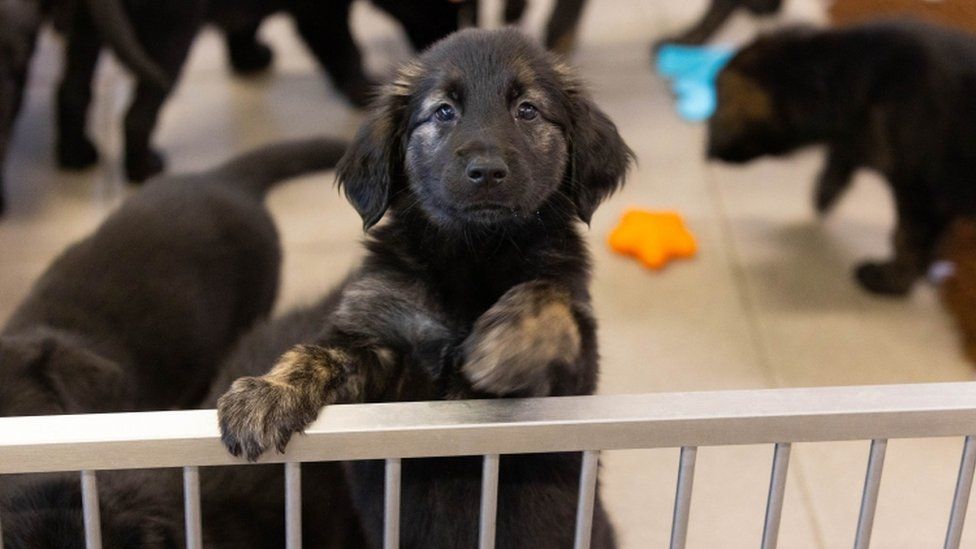 The puppies have been placed with volunteers

The charity’s head of breeding, Matthew Bottomley, said such a large litter was “a gift”.

“The pandemic has had a detrimental impact on our charity’s breeding programme and how many litters we can have, so these puppies are even more treasured,” he added.

The Guinness World Record for the largest litter is 24 puppies. They were born in Cambridgeshire in 2004. 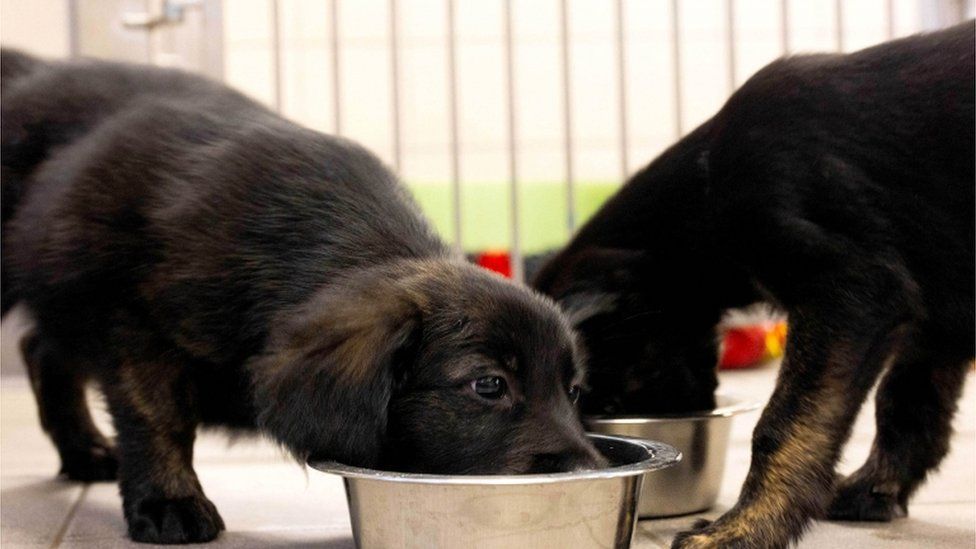 Such a large litter is “a gift”, the charity says 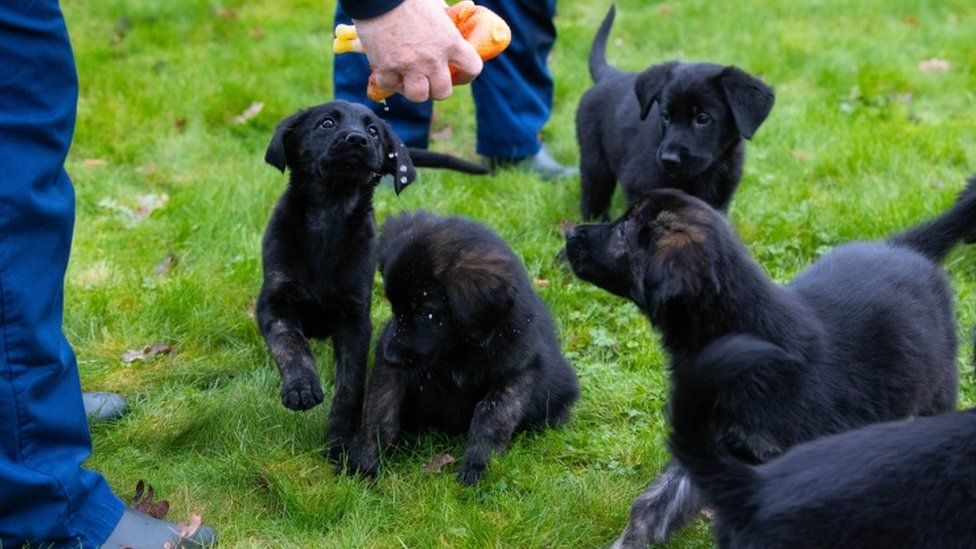 The father of the puppies is the charity’s most prolific stud, having fathered 239 dogs